I would love to join, if you have a school (grade, middle, high, or college level), a Library, or an Event around the Northwest area, and would like me to join. Send me an Email!

I'm open for mostly any request, whether via Skype, or in person. I'll take in consideration of visiting or skyping with you, and all of the readers joining!

Put in the Subject box: 'Author Appearance request for (Your School/Library/Event name)'

Don't forget to add how you'd like to do the appearance, If I do accept your request, I'll be in contac with you asap!

Clip of 'The Maker'

I know I haven't been able to post lots, but I've be super busy. I felt you all needed a post of Xerox's story, and how it's coming together.

It's hopefully not to spoilerly, (Just kidding, not really spoling anything.) Also major twists, and turns in Xerox's history...... (buys a few german shepards, along with a bullet proof house, haha.) Anyways, I hope you like it! 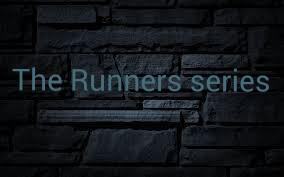 Xerox stood, tilting from leg to leg, his mind racing as he thought of different routes that he, and the others could take, and what he could do, if something happened.

“Hey!” Xerox’s head snapped to his left as he allowed a smile on his face, Cece, and Brian had backpacks on, and were smiling. ‘Fitting into the collage kids act’ Xerox waved as they got closer.

“So what’s the plan?” Xerox glanced around, and caught Bailey, Nick, and Lea, standing at the coffee shop; all three had ordered, and was awaiting his orders.

“Well first, let’s go, and get the other three, then we can talk in the café.”

Cece’s smile seemed to grow, once she caught sight of Lea, and Bailey. Xerox, and the others crossed the street, and met up with Nick and his group.

“I’m sorry, about your loss, I deeply regret Cass being in charge of where she was.” Bailey’s smile fell, Lea bit her lip, and nick shrugged.

“A war casualty, nothing that we didn’t, except.” Xerox bit his cheek, and nodded, even though, deep down, in the pit of his stomach, he knew that it was his fault she had died.

“I guess, the war is closer than we thought?” Xerox asks, and Nick nods, sipping his hot cocoa.

“Yes, it seems that the Huntsmen are getting restless, and not caring about showing themselves to humans, however that well bite them in the butt, soon enough.”

“So why did you come, if there is others, out in the world?” Xerox asks, and this time Bailey speaks up.

“Well Lea and nick’s Runner was already with Lila, and Brian called me, and asked if I could watch over you.” Bailey took a deep breath, continuing. “He told me that the huntsmen had messed with his airplane, he crashed, and the huntsmen had him in lockdown. So I took the next flight to Bristol, with Lea and Nick, and we watched over you, I guess we sucked at being secretive to you.”

Xerox chuckled, but stopped as Brian and Cece came out with drinks in their hands, Brian handed Xerox a cup of hot tea, with six pumps of classic.

“So what’s the plan?” Brian asks, as Xerox, and the rest take a sip of their drinks, almost in sync. Xerox wiped the bottom of his lip, before speaking up.

“Well, Nick, and Lea need to head over to New York, There’s another runner that they have to convince. That just leaves, us, Brian, Cece, Bailey, and me; which I’m pretty sure, once we grab a hotel, for the night, we’ll be good to make a plan.”

Everyone agreed. Everyone said their farewells to Nick and Lea, before they separated into different paths.

Xerox stood next to the window, of the local hotel. He had called his father just minutes before, on a burner phone, before deleting the number, and tossing it.

Brian had told him, that it would be good for him to talk to his adoptive father, but it was actually harder, then just leaving.

“So, are you mad?” Xerox looked over his shoulder, at Cece. They were left alone in the room, as Brian and Bailey left for food, and other essentials.

“Took you long enough, thought you were dead.” Brian rolled his eyes, as Cece took a few bags from his hands, Bailey tossed the bags she had, onto the bed.

“Well, it doesn’t help when people, slower than a dang turtle, decides to shop as slow as they can, and an enemy decides to follow you.”

Xerox listens as Cece freaks a little, but seems to calm down as Brian tells her about how he, and Bailey lost their little tail.

Hello! and welcome to the BOOKS section of my blog.

So basically, this part is going to be about books, like; Upcoming releases, Book talks, when I'll be holding street team applications, And other bookish things (Yes, I know bookish is not a real word, oh well.)

Thanks you, and keep a look out for all of the book news. I can't wait to talk, and hopefully meet you all!